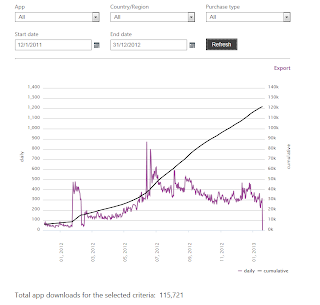 So based on the above 2013 will be about diversifying our business as much as possible by attacking multiple revenue models, advertising networks and platforms. We've got some great app ideas and are looking forward to getting them out over the coming months.
Posted by chris at 12:35 AM 2 comments: